Philosophy of Exploration and Design

Robin opened with her concept of triple E content (a play on AAA, disambiguated below) and extolled the value of figuring out where you want to go first

Process & the Broad Applicability of EEE 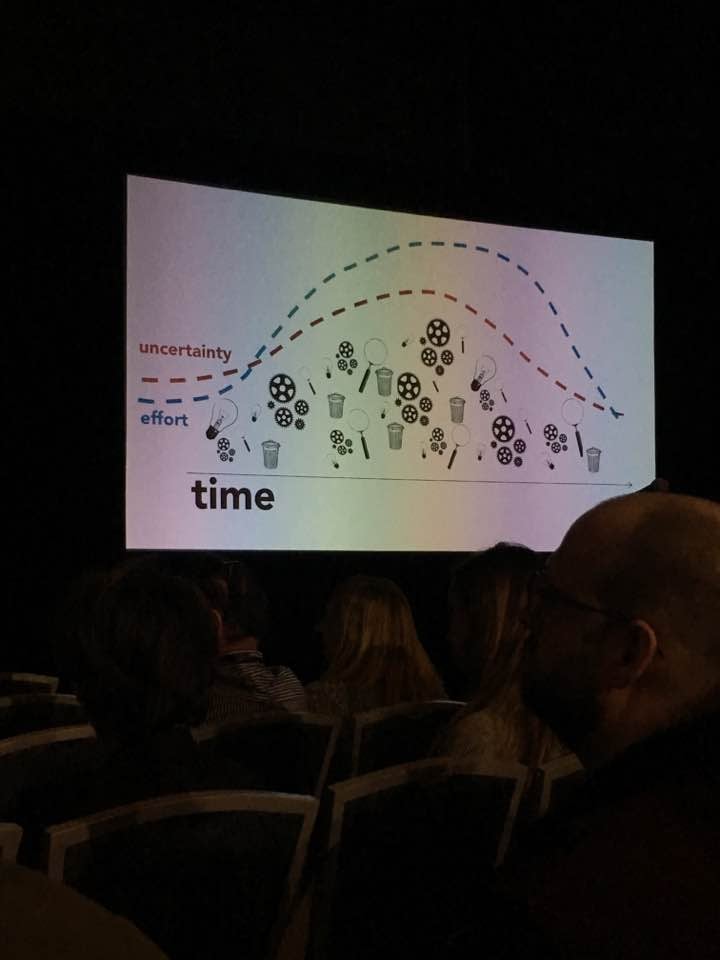 For Luna she took inspiration for the design from a paper world feel, influenced by origami, and during the process she packed her mind with fairytales

Not everyone needs to get into hands-on design influences, but she
thought that making origami and the concepts and learning how the
tactile quality turned out were really informative I’ve definitely found with Project Futures: The Future of
Farming it’s really key to actually gain some influence from real world knowledge and folks that have built
constructs or structures that are going to lend to the look and feeling of the world space in the app. Namely
Infarm.

One important side note Robin dropped was that none of the characters in Luna have genders.

Fail Forward was key, it takes a lot of work.

Have to lean into the idea of interesting different challenging titles

UPSHOT = Diverse and inclusive teams, failure is ok, and the belief that you’re
going to get there. Leads to the triple EEEs and successful titles.