Ahead of Oculus Connect 6 (OC6), I attended the Oculus Launchpad and Start dinner tonight. I saw a ton of vibrant communication and hopes for the next few days. In no small order, developers were internationally based, from places such as Canada and New Zealand. I noticed a pattern of developers who seem to be holding full-time jobs all the while in pursuit of publishing an app to the Oculus Store.

This post presents a TEDx talk threading through the connected research topics of games, neuroscience, vr as an input device, and BCI. 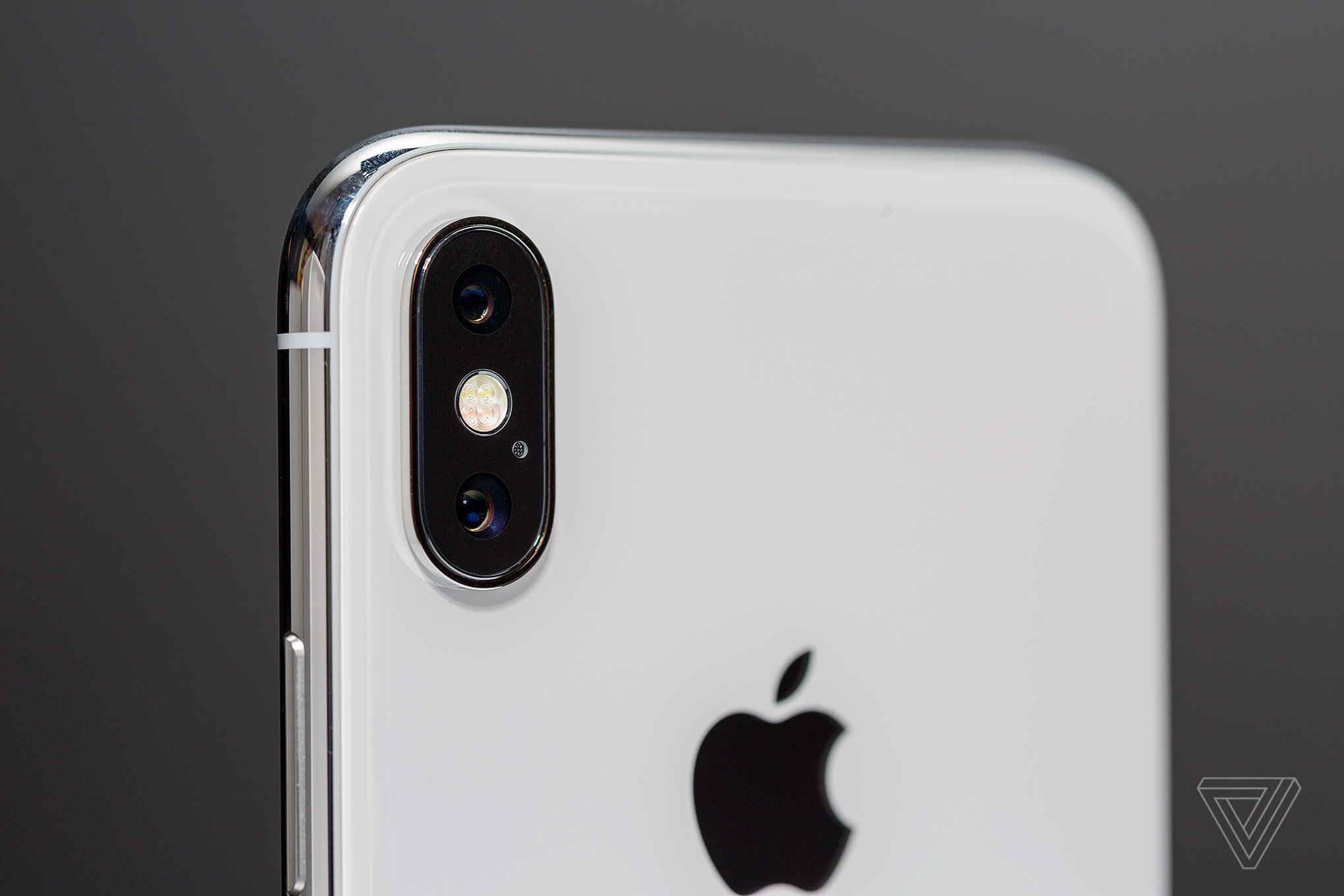 Apple analyst Ming-Chi Kuo claiming in his latest report that two of the 2020 iPhones will feature a rear time-of-flight (ToF) 3D depth sensor for better augmented reality features and portrait shots, via MacRumors.

“It’s not the first we’ve heard of Apple considering a ToF camera for its 2020 phones, either. Bloomberg reported a similar rumor back in January, and reports of a 3D camera system for the iPhone have existed since 2017. Other companies have beaten Apple to the punch here, with several phones on the market already featuring ToF cameras. But given the prevalence of Apple’s hardware and the impact it tends to have on the industry, it’s worth taking a look at what this camera technology is and how it works.

What is a ToF sensor, and how does it work?

Time-of-flight is a catch-all term for a type of technology that measures the time it takes for something (be it a laser, light, liquid, or gas particle) to travel a certain distance.

In the case of camera sensors, specifically, an infrared laser array is used to send out a laser pulse, which bounces off the objects in front of it and reflects back to the sensor. By calculating how long it takes that laser to travel to the object and back, you can calculate how far it is from the sensor (since the speed of light in a given medium is a constant). And by knowing how far all of the different objects in a room are, you can calculate a detailed 3D map of the room and all of the objects in it.

The technology is typically used in cameras for things like drones and self-driving cars (to prevent them from crashing into stuff), but recently, we’ve started seeing it pop up in phones as well.”

The current state of ARKit 3 and an observation

ARKit 3 has an ever-increasing scope, and of particular interest to me are those AR features which under the hood rely upon machine learning, namely Motion Capture.

Today, ARKit 3 uses raycasting as well as ML Based Plane Detection on awake or when the app using ARKit 3 is initially opened in order to place the floor, for example.

Check the video below. In it, I’m standing in front of my phone which is propped up on a table.

In this video, I’m using motion capture via an iPhone XR. My phone is sitting on a surface (namely the table) that it has determined is the floor plane, and as a result, you’ll notice that our avatar, once populated into the scene, has an incorrect notion of where the ground is.

It’s the hope that new ToF sensor technology will allow for a robust and complete understanding of the layout of objects in the room and the floor. Such that, for the same context, the device is able to tell that it is sitting on a table yet, the floor is not that plane but the one further away in the real world scene before it.

Source:
The Verge, “Apple’s future iPhone might add a time-of-flight camera — here’s what it could do” 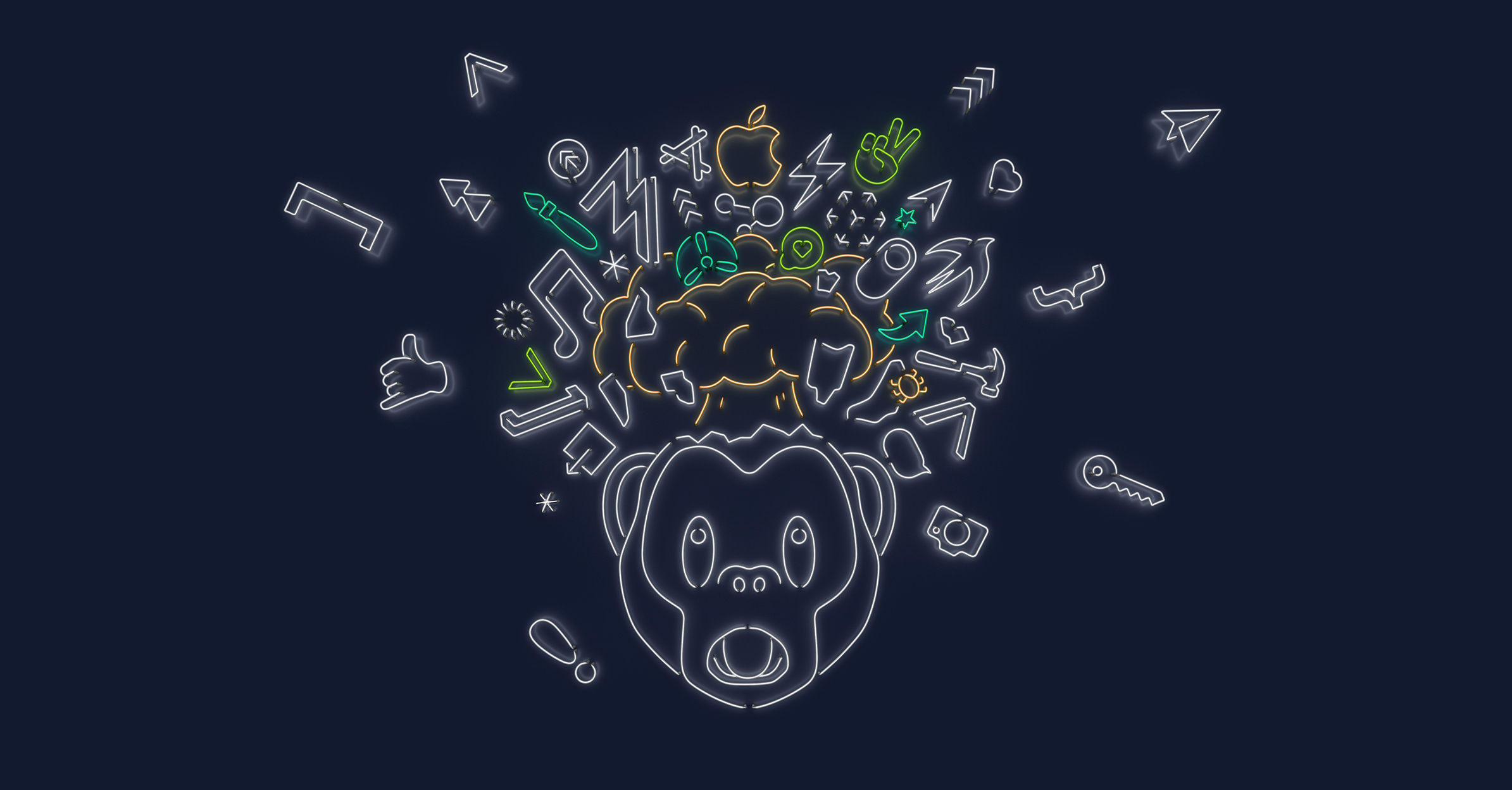 So what’s the big deal with SwiftUI? Well here’s why I think it’s great.

I’m cautiously excited about SwiftUI and sincerely hope it will live up to expectations.
Did you enjoy this article? Then read the full version from the author’s website.

[Nathan Marz has] a mantra for suffering-oriented programming: “First make it possible. Then make it beautiful. Then make it fast.”

The following is a write up from a friend, Kathryn Hicks, on the Danse blog. The link to the original is at the bottom.

Last week I attended the 5th Oculus Connect Conference held at the San Jose McEnery Convention Center. This two-day conference is held annually during the fall, which showcases the new virtual reality technology from Oculus. It was my second time attending, and it felt even better than the last one.

During the Keynote address, Zuckerberg announced a wireless headset that doesn’t need a cell phone, and an external computer. The Quest, a standalone headset with 6 degrees of freedom, touch controllers and is a potential game-changer for the VR industry. If you are familiar with the Rift and the Oculus Go, the Quest would be a marriage of the two. The Quest is scheduled to come out this spring and will be $399, and a lot of the Rift titles will be available on the Quest. While unfortunately, I was not able to try it, the feedback that I heard from others was positive. The tetherless aspect of the headset creates a more immersive experience and doesn’t feel confined. While the graphics capabilities of the headset are not as high as the Rift, they are good enough and don’t hinder the experience. Plus the optics, as well as the sound, have improved from the Oculus Go. On the downside, the Quest is reportedly top heavy and a denser headset than the Go, which I find the Go to be more substantial than the lightweight Rift. Since the Quest has four inside out cameras on the front of you, if you move the controllers behind you, you could potentially lose tracking. Hopefully, they will make these adjustments before it launches in the spring and add tracking on the strap. I can see much potential with the Quest, such as eSports, education, businesses, medical, engineering, set design; the list goes on. The possibilities are endless, and for the price point, it could substantially increase VR users. Considering that the Quest will be the price of most gaming consoles, without the need of television or home set up.

Walking around the conference was lovely, I felt like a kid in a candy store seeing people putting their full body into the Quest. The well-orchestrated design layouts and theme of the different experiences were terrific. It was a pleasure hearing eSports commentary and cheers as competitors go head to head playing Echo Arena and Onward. Seeing the VR community connect, share laughs, smile, and have a good time, warmed my heart. I enjoyed watching people play the Dead & Buried Quest experience in a large arena and seeing their digital avatars battle each other on screen. I can see more VR arenas being built specifically for the Quest, kind of like skate parks, or soccer parks, but with a sports stadium vibe.

While I was at the conference, I tried a few experiences like The Void – Star Wars Secrets of the Empire, which is a full sensory VR experience. You are an undercover Rebel fighter disguised as a Stormtrooper, as a user you get to interact with your teammates fully, feel, and smell the environment around you. It was a fantastic experience, and I would encourage others to try it at one of the nine locations.

Another experience I tried was the Wolves in the Walls a VR adaptation of Neil Gaiman’s book and created by the company Fable. The audience explores parts of Lucy’s house to try and find hidden wolves in the walls. It was a more intimate experience, and Lucy’s performance felt pretty lifelike. The environments and character designs were beautifully portrayed. Overall it was an enjoyable VR experience.

I also played a multiplayer combat experience called Conjure Strike by The Strike Team. It’s an engaging multiplayer experience, which you can play as a different rock like characters that have different classes like an Elementalist, Mage Hunter, Earth Warden and more. The multiplayer session I had played was similar to capture the flag game. One player has to push a box toward the other side while the opposing player stops the player. It was a fun experience similar to that of Overwatch but in VR. The multiplayer mechanics were excellent, but some of the controls felt foreign to me. Overall it’s an engaging game that seems like it would be popular amongst most VR users.

While I didn’t get to play as many demos as I would have liked, I enjoyed the ones I experienced, especially The Void. It was the most immersive experience I tried, the few things I would change are: update the headset and enhance the outside temperature and wind strength.

I’m looking forward to more development put towards, the Quest and I’m optimistic about the future of VR. As a team member at The Danse, I am excited to work on projects utilizing immersive technology such as virtual & augmented reality. Also, to work in an industry, the is ever changing and improving. It’s nice coming back to the Oculus Connect Conference and see the community excited about the future of VR.

What is this? I chatted with Evan, Operations Modeling and Simulation Engineer at Northrop Grumman about engineering use cases for the Hololens.

His opening remarks: It’s often a struggle integrating new technology into large-scale manufacturers due to adherence to strict methods and processes. Finding/molding problems into good use cases for a given new technology can be challenging. It’s much easier to start with the problem and find/mold a good solution than the other way around. The challenge is helping engineers and operations leadership understand what modern solutions exist.

Evan’s Take: In the context of engineering, to show the Hololen’s capabilities in relation to the (DOD acquisition lifecycle) lifecycle stages of a product might be a high value strategy.

Temporary Minimum Risk Route (TMRR): How do we design a product that fulfills mission requirements? This can take the form of:

Engineering and Manufacturing Development (EMD): At this stage the customer (NG) cares about “how are we going to build it”

Subsequent steps in Production & Deployment are:

Who the customer is: Mechanics on the factory floor using hololens for work instructions, saw a lot of interest at Raytheon and NG to use Virtual Work instructions overlayed onto the hardware (Google Glass, Light Guide Systems, etc). In a more mature program that’s in production, the mechanic, or the electrician on the factory floor would be the end user. Today, they look away from the product where work instructions are pulled up on the computer. Their instructions might be several feet away from the work, hopefully they’ve interpreted the instructions well so they don’t cause a defect. Operators work from memory or don’t follow work instructions if it’s too cumbersome to do so. DCMA (Customer’s oversight) issues corrective action requests (CAR’s) to the contractor when operators don’t appear to be following work instructions (i.e. the page they’re on doesn’t match the step in the process they’re currently working on, or worse, they don’t have the instructions pulled up). Getting too many of these is really bad. So where AR is really useful, is when AR is overlaying instructions on the product as it’s built. Care should be given to the Manufacturing Engineer’s workflow for creating and approving work instructions, work instruction revisions, etc. Long-term, consideration probably needs to be given to integration with the Manufacturing execution system (MES) and possibly many other systems (ERP, PLM, etc.).

Another consideration, for any of the above use cases in the defense industry, is wireless. Most facilities will not accommodate devices that transmit or receive signals over any form of wireless. For the last use case, tethering a mechanic to a wired AR device is inhibiting.

The Latent Element
Blog at WordPress.com.